Ubon Ratchathani is Thailand’s easternmost province, bordering Laos. The name is usually shortened to Ubon. Sometimes that can be confusing because Udon Thani is often shortened to Udon. If you’re not listening carefully it can be easy to confuse the two. The city itself was founded in 1786 by a Laotian prince who had fled from Vientiane. Ubon is one of Thailand’s up-and-coming provinces and is attracting many foreigners who are looking for a more quiet lifestyle, but with all the city amenities available. Housing in Ubon is still relatively inexpensive and more homes and condos are under construction.

Large shopping centers such as Big-C are already established in Ubon, with more on the way. Within the next year or two a Carrefour, among others, is expected to open.

Very good hotel accommodations are available and a brand new hotel recently opened and features a very good restaurant. The Thai food is inexpensive in Ubon. You can eat high quality dinners in Ubon for less than 300 baht per person. At present there are two pub style restaurants that feature western food. One is American owned and the other is British owned. One of the biggest attractions in Ubon Ratchathani is the annual Candle Festival, which occurs in mid July. Tremendous parade floats are made entirely out of wax, carved with beautiful intricate details. The wax is infused and does not melt in the summer heat. The Candle Festival parade features, of course, the candle floats, along with music and traditional Thai dancers. One tip from the locals is that the floats are stored in a park just before and after the parade day. Rather than attend the parade many prefer to visit the park at dusk, when the blazing heat of the mid-summer day is cooling down and viewing the floats at their leisure. If you wish to experience the Candle Festival, book your hotel early. The hotels do fill for the Candle Festival. The Candle Festival marks the end of Buddhist Lent. Although the claim is that new candle floats are built every year, the locals will tell you that the reality is the floats are stored and the same ones are used every year. 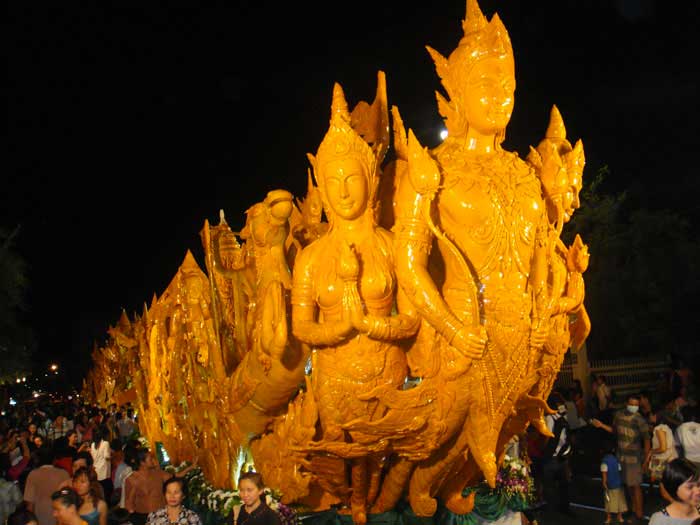 Night life is more laid back than cities such as Bangkok and Pattaya, but it can get wild. There are many pubs and bars. A disco is quite popular and it usually remains open until daylight. 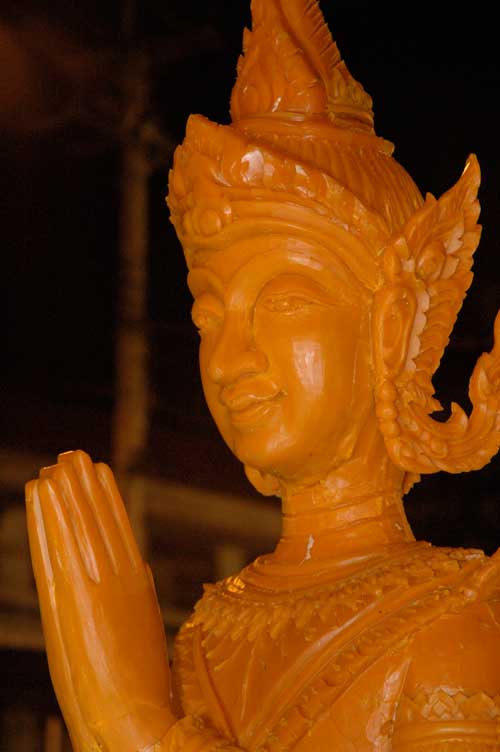 Getting to Ubon Ratchathani is easy by bus, railroad, and airline. If you wish to drive a car, the roads are good. Within Ubon there is plenty of local public transportation. The buses and trains are mostly locals and do make stops, so you can expect the trip to take about 10 hours or so. The overnight railroad service has first, second, and third class service. The first class sleepers are excellent. Ubon can be a good jumping off point for a visa run to Laos or simply a trip to Laos. There is good bus service located near the Big-C. The trip takes about an hour and the fare is 200 baht.

Some of the sights to see in and around the Ubon area include:

Kaeng Tana National Park – If you like the rapids, this is a good place to visit. The access roads are not in very good condition, but well worth a trip for enthusiasts. 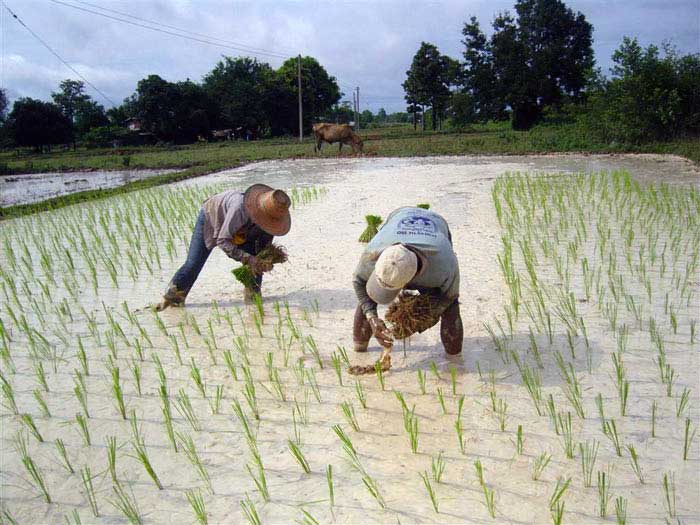 Wat Chaeng – This Buddhist temple attracts tourists because it features some of the most beautiful and intricate wood carving to be found anywhere in Thailand.

Wat Pa Nana Chat – This Buddhist temple is attractive to foreign Buddhists who wish to learn the art of Vipasana meditation.

In February there is an annual Flower festival, including a parade with floats made from flowers. It is similar to the Candle Festival, except this time it’s flower floats.

October is a good month to visit Ubon Ratchathani. There are boat races and an illuminated boat parade along the river.

You will also find romantic floating dinners along the river.

There is an abundance of nature trails, waterfalls, hiking trails, etc. throughout the Ubon Ratchathani province.