Because Thai boxers are allowed kick with their feet and use their elbows, Muay Thai requires a lot more skill than western boxing and can seem to be a much more brutal show. 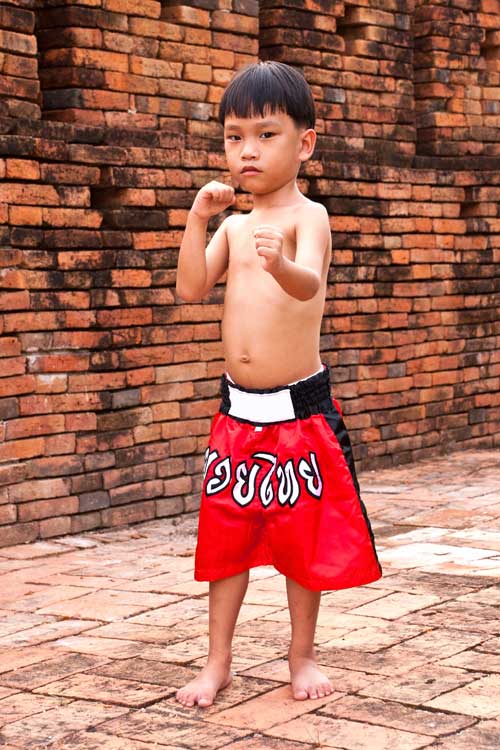 Yet, there is often a level of respect between the fighters that makes it a more honorable sport than the pugilism you may be used to back home. And, rather than the rap or heavy metal music that plays at many American matches, you will often hear traditional wood winds and chimes at a boxing match in Thailand!

What you may not know is that Muay Thai is part of Thailand’s ancient heritage.

Traditional Thai boxing goes back hundreds of years and has been an important part of the country’s history. 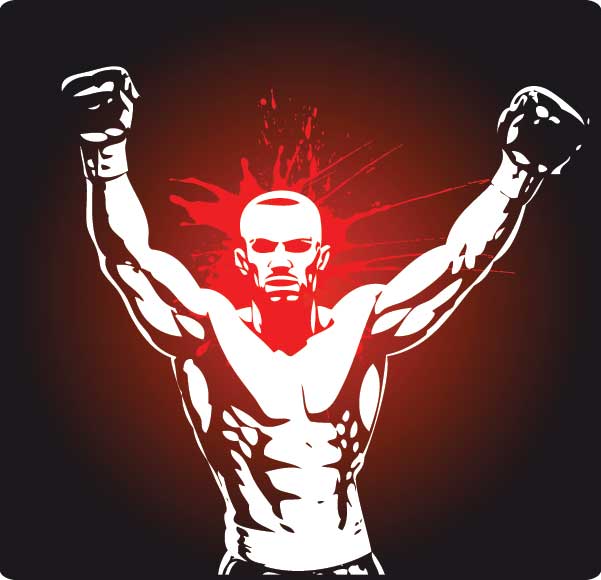 Many people are surprised that Thais, a notoriously peaceful people, excel at this beautifully brutal sport. The reason they do so is that for hundreds of years the survival of their nation depended on it.

Because the terrain on the Thailand borders is often rough and uneven, it was not in the Thai’s advantage to develop long range weapons to ward off invaders.

Instead they decided to create a close hand to hand style of fighting that would lead to battles that favored the defenders over the invading armies – who would never understand the local terrain as well as the patriots they were fighting.

As long ago as the mid 1500s, the celebrated warrior king Naresuan The Great – a boxing legend – made Muay Thai a mandatory part of his army’s military training.

Perhaps the most famous instance of Thai boxing in the countries history came 200 years later when the warrior Nai Khanom Tom was kidnapped by Burma during a raid on Siam’s capitol.

After he was captured he made a challenge to his Burmese captors. If he could take on 10 of their best fighters at once and win, Burma would free him and his people.

Thinking that they would easily prevail, the Burmese agreed. Nai Khanom then used his Muay Thai skills to defeat all 10 adversaries and return to Thailand as one of the nation’s greatest heroes!

For much of its history Muay Thai was a brutal dangerous sport. It was raw hand to hand combat – with ropes and cords wrapped around the hands instead of gloves. 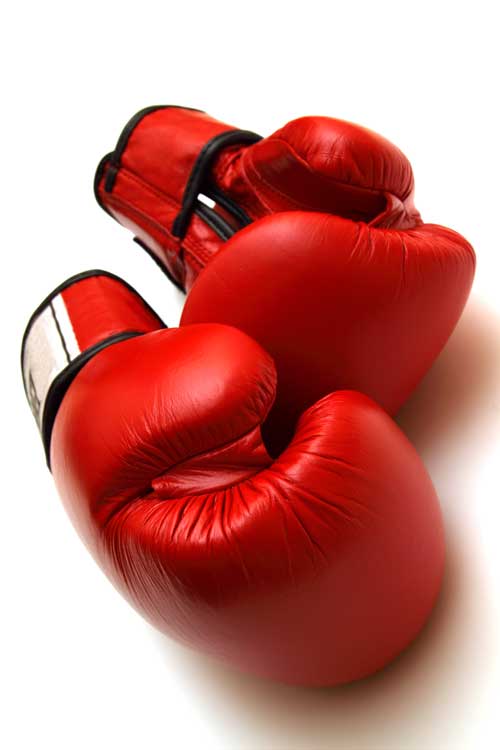 As Thailand has entered the modern age, the rules have changed slightly to protect the fighters, who now wear padded gloves and protection for their groins.

While boxers can still use their elbows and feet during the match most of the other rules have been modified to comply with international boxing regulations.

This has allowed the popularity of Muay Thai to spread throughout the world and today you can find Thai Boxing training centers in most of the western world including the United States and Russia.

In Thailand itself Muay Thai is even more popular than soccer and is broadcast on television five to seven nights a week. Many of the fighters begin training when they are only seven or eight years old and some have made the move to western style boxing – and become international stars in their own right!

The best modern Muay Thai combatants fight in the Lumpini or Ratchadamnoen stadiums to a universally packed audience. If you want to see a fight and not have to face very long lines, your best bet is to go to one of the stadiums around 6:30 p.m. on a Sunday – when attendance is at its lowest point for the week.

There are usually several lower ranked fights before the main event – which you can expect to kick off around 9 p.m.

Of course, Muay Thai has its own unique set of rules which may be confusing at first to a western spectator.

Before the fight can begin, each fighter must perform a wai khru dance as a way to show respect for his teachers and trainers.

There are only five rounds. 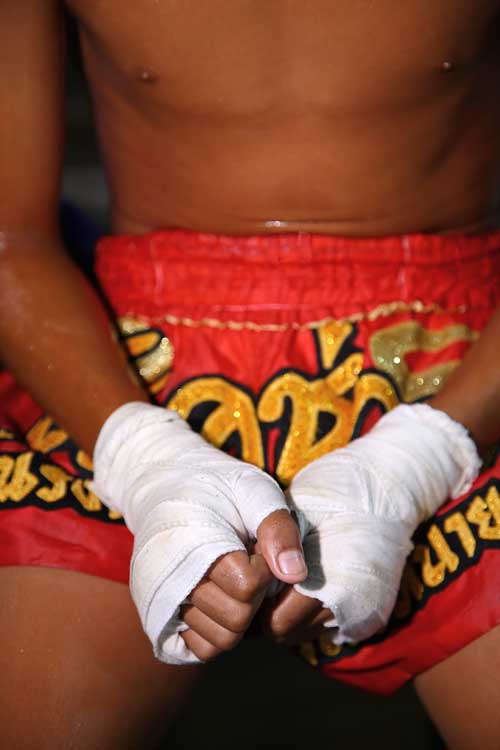 The gloves must weigh at least six ounces.

Gloves can not be squeezed in any way that would alter their original shape.

Each round is three minutes long and there is a two minute break in between rounds.

The winner is decided by knockout or by points. Whoever wins the most rounds wins the fight.

Contestants can only wear red or blue trunks.

Shirts and shoes are not allowed.

Both fighters must wear groin protection.

Before the fight a sacred cloth called the Mongkol may be worn as a headband. It must be removed before the fighting begins. The cloth is worn to pay homage to the fighter’s trainers and heritage. It is also thought to give the fighter good luck.

All equipment must be provided by the stadium. This includes a stopwatch, a signal gong, a warning bell, boxing gloves, water, jock straps and surgical tape.

Some men, after watching these beautiful guys pummel each other in the ring are tempted to learn the sport themselves.

While that used to be impossible – as local trainers for centuries would only train local Thai men starting from a young age, all that changed in 1997.

That’s when the World Muay Thai Council established the first recognized training academy for the sport.

The Muay Thai Institute in Rangsit, just north of Bangkok was created as a way to make this cherished sport accessible to everyone and preserve its fabled heritage.

All of the teachers at the institute are former champions and they are required to speak English. They will teach anyone and everyone – including women and foreigners.

The course covers most of the historical and cultural background of Muay Thai as well as the physical skills and fitness training. You can take classes to learn how to be a referee or on how to start your own stadium or training program.

Dormitories are available but you might be considerably more comfortable taking a nearby hotel for your 15 day stay.

The first three levels of training cost roughly $160 per course, while the fourth, expert level course is much more rigorous and costs about $1,200.

School management can help you with any student visa issues that may pop up.

Come And Enjoy The Show

Whether you want to just sit back and watch the guys fight, or if you want to lace up your gloves and join in yourself, Thai boxing is something no one should miss on any trip to Thailand. 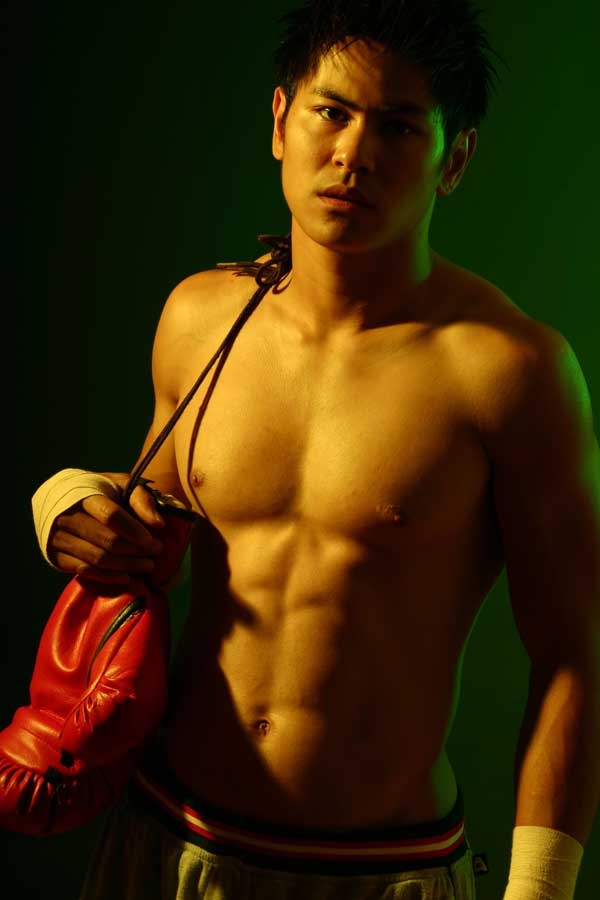