Nakhon Ratchasima is also known as Khorat, and you are likely to hear it referred to as Khorat much more often than you will hear Nakhon Ratchasima. Why is the city also called Khorat? It is a shortened version of the city’s ancient name, Angkor Raj. 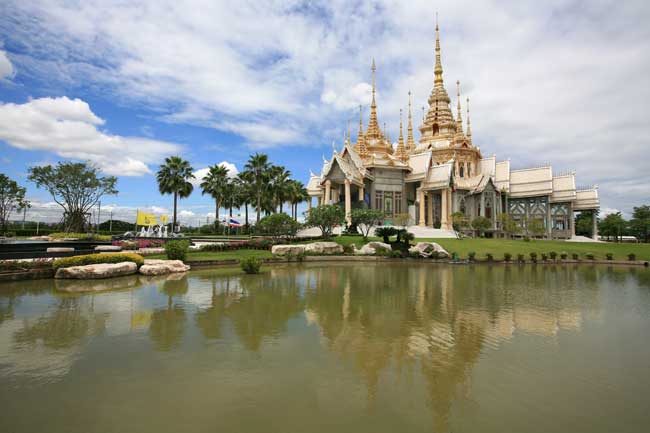 Getting to Khorat is easy. The most common transportation is by bus. Buses run to Khorat from virtually anywhere in Thailand, quite often without the necessity of connecting to another bus. There are also railroad lines that feed into Khorat. From Bangkok the railroad trip is about 4 hours. If you have a car, Khorat is about 260 kilometers (160 miles) from Bangkok on Thailand’s Route 2. The road is in excellent condition.

Khorat has an airport, but passenger service was discontinued in 2006 due to financial losses. There was not enough passenger demand due to the fact of its close proximity to Bangkok. Reestablishment of air transportation is under discussion, but no changes are expected in the foreseeable future. The closest airport with passenger service is the Buriram.

There are plenty of hotels and resorts from which to choose, at all price ranges. You can find hotels at prices as low as 600 baht per night up to over 3000 baht per night at the more luxurious resorts.

Khorat celebrates several festivals and holidays throughout the year. Often, Khorat is a destination for farang who wish to avoid the chaos of Songkran, the annual water festival that occurs in major cities such as Bangkok, Chonburi, and Pattaya. Songkran in Khorat is much more subdued and traditional, but watch out! You’ll still be the recipient of plenty of water dousings during Songkran. 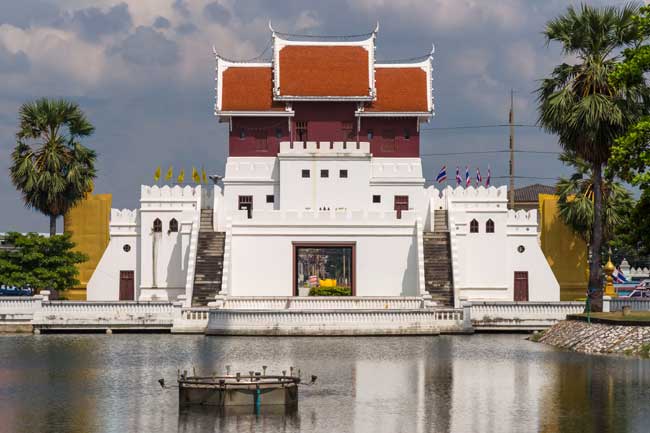 Another major festival is the annual Phimai boat races. That event takes place on the Moon River, at the city of Phimai, during the second weekend of November. If you are interested in going, make your hotel booking well in advance. This event is quite popular and the hotels are usually filled.

Some of the interesting sightseeing spots include:

* Wat Sala Loi – This is one of the most interesting wats in Thailand. It was built in shape of a Chinese junk.

* Khao Yai National Park – This was Thailand’s first national park. To this very day tourists are attracted by the fact that there are still as many as 200 wild elephants, monkeys, bears, deer, and even bat caves. There are also over 3000 species of plants. Good accommodations are available for approximately 1200 baht per night. Camping is also available. If you have your own camping supplies you can find camp sites for as little as 5 baht per night. General admission to the park is 200 baht for adults and 100 baht for children. This park does not charge extra farang prices.

* Dan Kwain – The province is famous for it’s hand crafted reddish, rough pottery. Dan Kwain is the center of it all, although you will readily find the pottery sold throughout the province, including Khorat. You will also find many small family-owned pottery shops, most of which still use the ancient techniques. The small shops quite often allow tourists to get their own hands dirty and “help” make some of the pottery.

* Sai Ngam – If you know what Banyan trees are, then you know that these are the world’s largest spreading trees. A single Banyan tree is capable of covering several acres. Some of the largest Banyan trees in the world are located at Sai Ngam. Sai Ngam is quite picturesque, located on the banks of the Moon River.

Of course there is much more to see and do in Khorat. An average stay of 3 to 4 days is suggested if you wish to see and do the major attractions.