Do not confuse a multiple entry visa with a reentry permit. They are not the same. If you have one, then you don’t need the other. 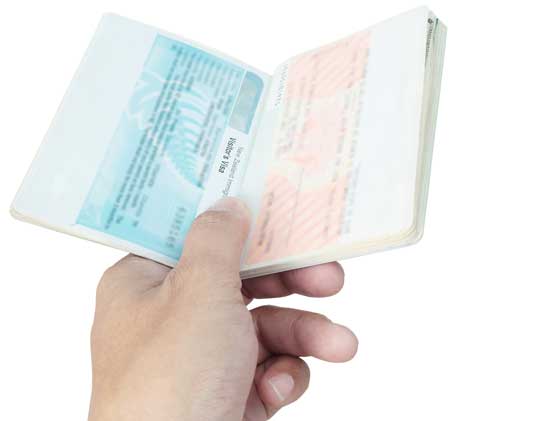 If you wish your single entry visa to remain valid, then you must obtain a reentry permit under any circumstances if you leave Thailand. There are many horror stories about the consequences for failure to obtain the reentry permit. One example occurred when a gentleman living in Thailand on a Retirement Visa wanted to go for a brief visit to Laos. He was told by an Immigration official that there is no requirement for a reentry visa when going to Laos. The Immigration official was mistaken. The gentleman did go to Laos and returned to Thailand without incident.

He did not realize that upon entering Thailand again without a reentry permit he had lost his retirement visa ad it had become null and void. He was now in Thailand on the 30-dayprivilege, but he did not know it. 90 days later it was time for him, so he thought, to submit his 90-day address report, a report required from anyone staying in Thailand for more than 90 days. No matter what the expiration date is for the 90-day address report is, when you reenter Thailand with a reentry permit, you are not required to submit an address report until 90 days later.

But this gentleman did not have a reentry permit. 90 days after his return to Thailand, now he had overstayed his visa by 60 days. He had no idea until he went to the Immigration office to submit his 90-day address report. That was when he was told he had seriously overstayed his visa and it was explained to him that his retirement visa had become null and void. He was shocked and explained he had only done what an Immigration official had told him to do. That did not matter. He was still required to pay a heavy fine and he had to leave Thailand and start the visa application process all over again. By the time he had completed everything and had a new Retirement Visa, several thousand dollars had been spent and he had suffered through a great deal of aggravation and frustration.