No visit to Thailand is complete without a trip to the beautiful resort beaches of Hua Hin. Located 200 miles south of Bangkok, Hua Hin is one of the oldest and most popular sandy destinations in the country. 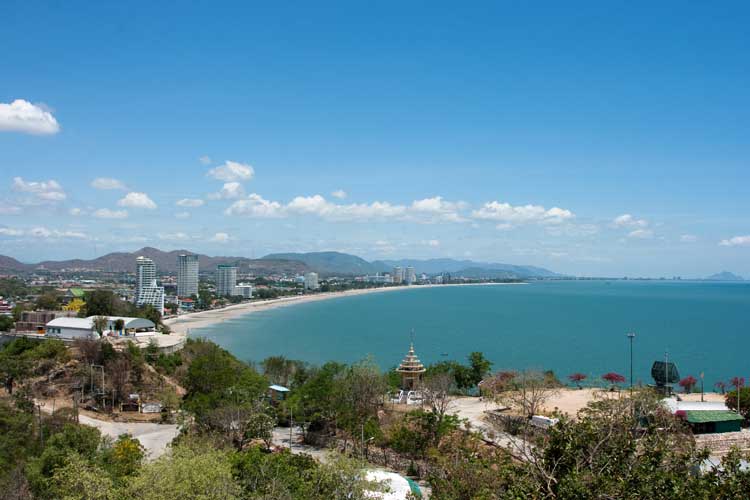 While many of the other beach resorts in Thailand – including Phuket and Samui – have been over developed and overrun with tourist hotels and restaurants, Hua Hin has retained its traditional charm as both a resort and a working fishing village.

The beach is over five miles long and surrounded by some of the best, yet least expensive, golf courses in the entire world. The city itself was discovered more than 80 years ago by King Rama VII. He chose the place as his home away from home when he wanted to escape the heat and humidity of the capital city.

Once King Rama built his palace in what had up until that point been a fishing village, other Siam nobility were soon to follow – which fueled the growth and popularity of Hua Hin.

The king’s palace – called Klai Kangwon, which means “Far From Worries” – remains an official royal residence and popular attraction to this day. Public tours are easy to arrange – even when members of the royal family are staying there! 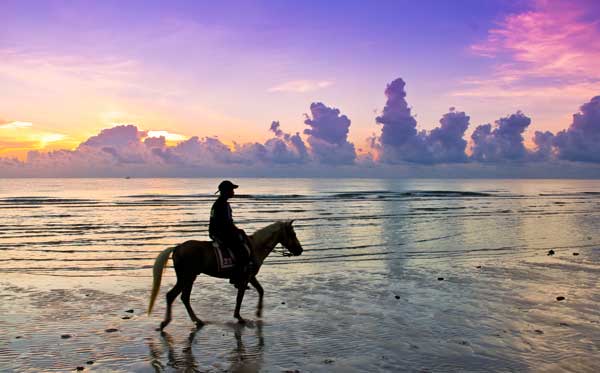 Be careful outside the palace, however, because security is very tight and any type of public intoxication or other bad behavior near the palace is dealt with very strictly by the local police officers.

While the main tourist activity is to lie out on the sandy beach and have locals bring your drinks or provide massages, there are sites to see when you’ve decided you’ve had your fill of fun in the sun.

Most of the wealthiest families in Thailand have built their summer homes near the palace or on the beach, which means there is beautiful architecture to see as you stroll around and explore Hua Hin.

Khao Takiap is a large hill that is filled with beautiful Buddhist temples and offers the best overhead view of the city, the port and the ocean. It is a four-kilometer hike, so you may want to rent a bike or motorcycle to take you to the top.

The Hua Hin railway station is one of the oldest stations in Thailand and is so beautiful that it is considered one of the country’s landmarks. 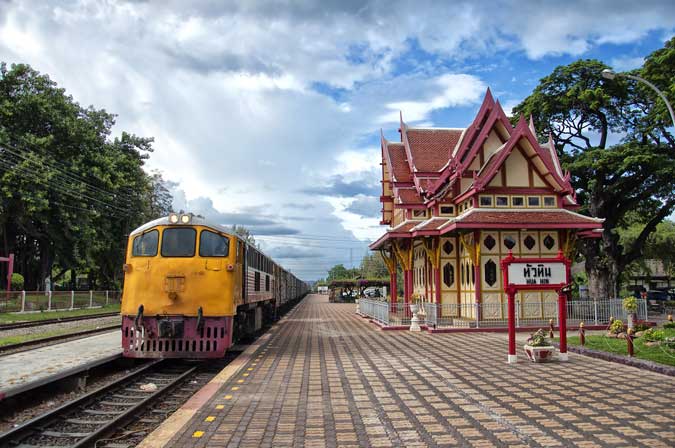 The Spirit Houses of Brassiere Beach has a really odd history. Legend has it that the daughter of a local fisherman was eaten by fish because she was too beautiful to live in the world. Today, men and women leave brasseries on the beach in order to ask the gods for good luck.

Namtok Pa Lau is an 11-tier waterfall located about 30 miles outside of town. It is easy to get to by bus, and is particularly popular on hot and humid days.

Wat Huay Mongkol was where famed monk Luang Phor Thuat lived his life. He was known for performing miracles and his former residence is now a large public park featuring a giant statue of him as its centerpiece.

At night Hua Hin comes alive with a large open-air market where you can buy nearly anything under the moon, and see what types of interesting fish and fruits the locals like to eat. You can also sample any of the many excellent seafood restaurants that surround the market.

If you want to sample local products, look for things made from Khommaphat, which is a type of cotton unique to the Hua Hin region. They use it to make everything from shirts to large decorative pieces of art.

The one downside of Hua Hin is that it does not have as active a nightlife culture as the other beach resort towns in Thailand. Your best bet is to hit the Soi Bintabaht and Soi Selakam areas where you can find local beer bars. By royal decree, there are no go-go bars in town. 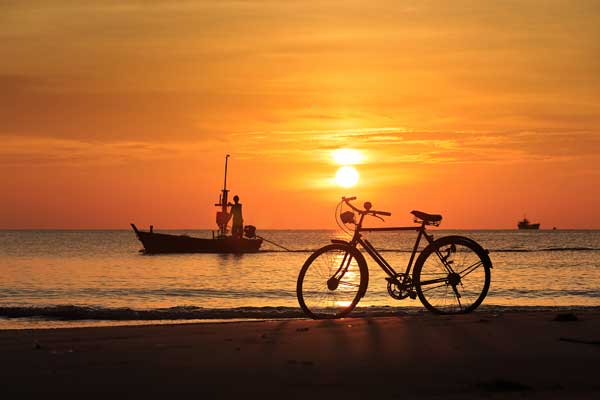 Hua Hin Jazz Festival is held through the month of June on the beach. It attracts world-class Jazz musicians and is considered one of the most popular events in Hua Hin.

Hua Hin Vintage Car Rally. Sponsored by Vintage Car Club of Thailand and the Tourism Authority of Thailand, the car rally is held every December. All of the cars in the rally are vintage from the 1920s, in celebration of when the King discovered the city.

Getting to Hua Hin is easy from nearly any part of Thailand. It is hooked up to most of the major rail lines and you can get a direct train from Bangkok. There are also several bus routes from both Bangkok and Malaysia. 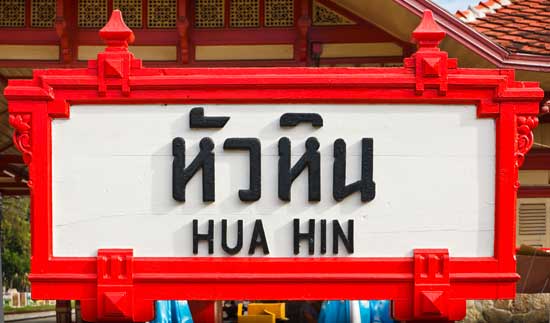 Overall, the weather is temperate. There is a brief rainy season in the spring, but the showers tend to be very short and are often over in five minutes or less – so you can get right back to the sun and fun!

You should also be aware that Hua Hin is home to Thailand’s best bicycle touring company: Hua Hin Bike Tours  These tours have been a huge hit with people visiting the area that many say the biking around Hua Hin was their favorite part of their trip to Thailand.  Be sure to give them a call in advance and book early as they sell our tours often.

You will notice that there are many, many more Thai tourists in Hua Hin than in the other national beach resorts. While westerners do come to Hua Hin, there are far fewer of them here than in Phuket or any of the other beach towns.

This leads to a certain charm, because Hua Hin has yet to be completely corrupted by tourists – and you can feel like you are having a very authentic Thailand vacation experience!

So, next time you are in Thailand, hop on the train and check out the beautiful beaches, waterfalls and temples of Hua Hin. Consider it a royal experience!

You’ll be glad you did! 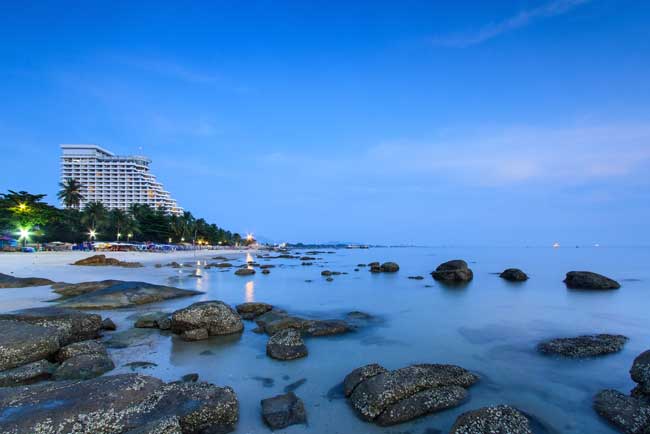