Thailand has one of the richest histories of any country in the world today. Known for most of its history as Siam, we can see evidence of advanced culture in Thailand generations before civilization spread through the rest of the Eastern world. 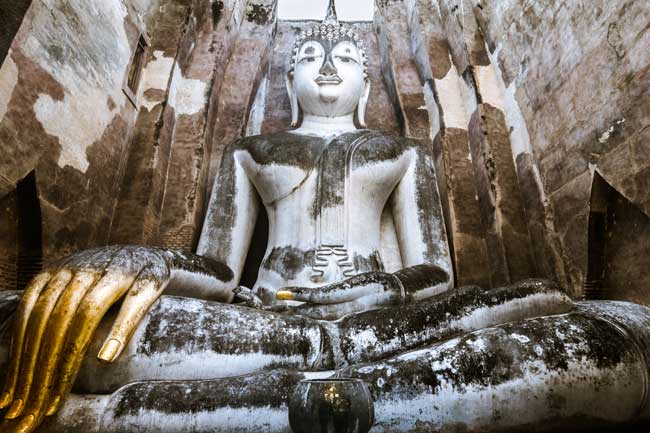 Archeologists have found evidence that the area that would one day be called Thailand was the first Bronze Age culture on record as well as one of the earliest agrarian societies in the globe. There is some evidence that the first rice farmers ever lived in Thailand before exporting their knowledge throughout Asia. At the time most people lived as hunters and gatherers and did not even consider the idea of actually farming and cultivating their own food.

Yet, there is a good deal of dispute as to who exactly the earliest Thais were. Some people believe that the early Thais immigrated to the region from China roughly 4.500 years ago. Other people believe that the Thais are indigenous people and instead migrated to and settled in various regions of what is now China. Either explanation would be consistent with the genetic similarities between the Thais and certain modern Chinese.

Part of the confusion lies on the fact that throughout its history Thailand has had a close trade and cultural relationship with its neighbors including India, China and Cambodia. As such, the Thais absorbed a fair amount of different cultures into their indigenous people. Like America, Thailand was a true cultural melting pot.

Khmer culture made its face known in Thailand in the 11th and 12th Centuries and still persists in various forms to this day. You can see evidence of this in the various restored temples and ancient Buddha’s that you will see on nearly any tourist excursion around the territory. Like many elements of Khmer culture Buddhism is still widely practiced in the country. 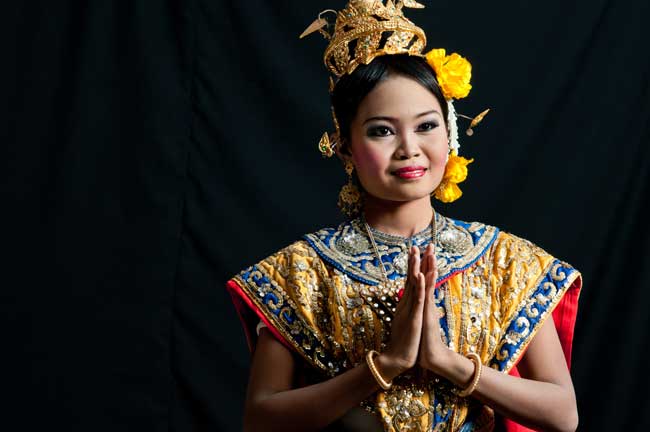 The Sukhothai kingdom was the first monarchy established in Thailand in 1238 and gradually expanded to take over what was then a loose knit collection of city-states. It is during this period that the system of writing that would become modern Thai and Theravada Buddhism were first established.

It was also during this period where a highly integrated caste system was developed in Thai society. The King was at the top of the three-tiered system, slaves on the bottom and everyone else was left in between.

Thailand was “discovered” by Europeans in 1511 when Portuguese missionaries first appeared on the scene in an attempt to spread Christianity around the world. At this point the tradition of dealing diplomatically with their neighbors saved Siam from the colonization that befell many other Eastern nations.

Through diplomatic channels the Europeans became convinced that Thailand was the most important country in Asia and therefore it was left unconquered. In the mid 1500s Portugal set up the first European embassy in the territory. 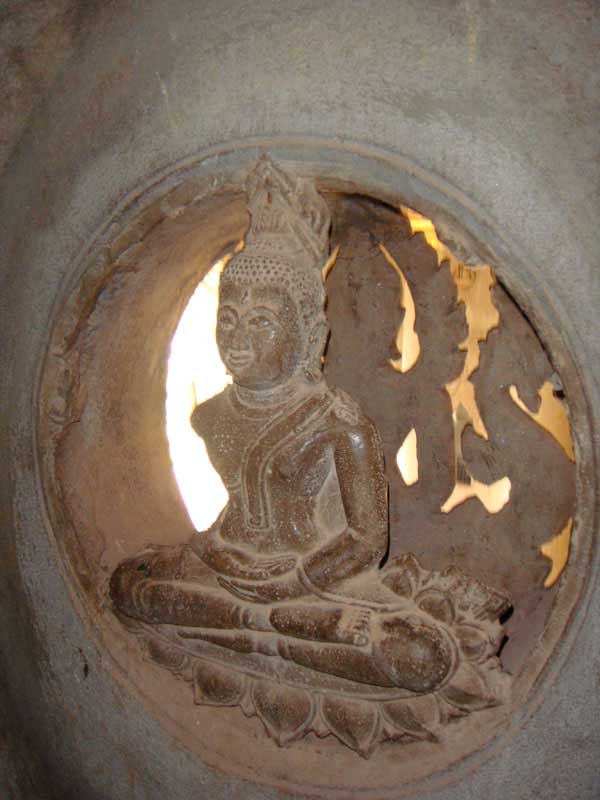 This lasted until the late 1600s when France, helped by Greek “adventurers” tried to stage a coup and take over the country. The coup was thwarted and Siam chose to close its gates to all foreigners for nearly a century.

In 1767 Burma was the next country to attempt to take over the kingdom of Siam. The Burmese were initially successful, but in less than a decade the Thais rallied and expelled all of the Burmese from the country.

It was at this point that the Thais decided to attempt to normalize relations with the West. By the early 19th century, with Bangkok crowned as the new capital, commercial treaties were signed with Great Britain and westerns were once again able to explore Thailand’s beauty. 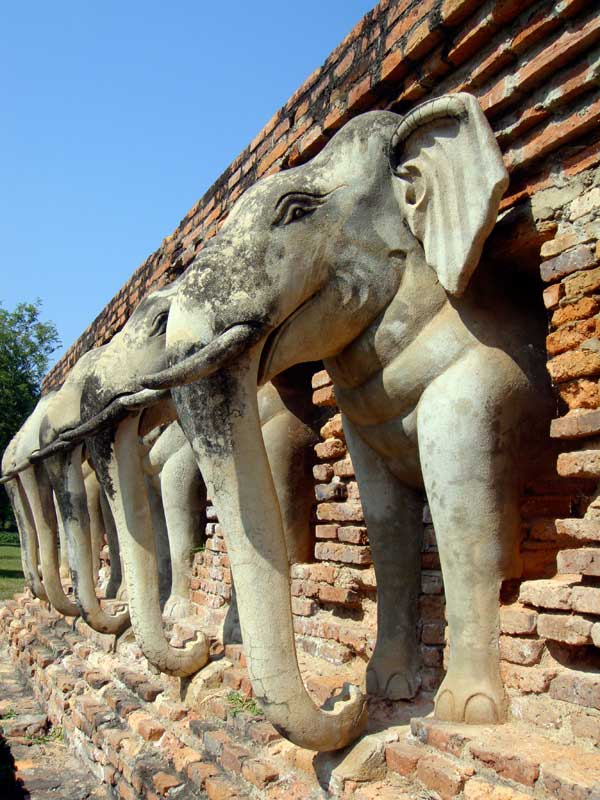 The seeds of trouble were being planted in the region. France was just starting to set up its colonies in Indo China, while Britain was colonizing Burma and Malaya so while the country was independent it was constantly surrounded by potential western conquerors.

Thailand’s rulers were able to craftily keep much of their independence by opening themselves up to lucrative European trade and agreeing to let western leaders send envoys to act as governmental advisors.

Still, even with this detente, the Bangkok government did have to give up some land to the invaders including parts of Cambodia, Laos and territory in Malay. This turned out to be a small price to pay to avoid the rampant colonialism that afflicted much of Siam’s neighbors.

The country did become westernized and adopted some elements of European culture under the reigns of Rama IV, and his son Chulalongkorn in the late 1800s. At the turn of the 20th Century a bloodless coup forced Rama VII to establish the first Constitutional monarchy and, as such, the modern state of Thailand was born. 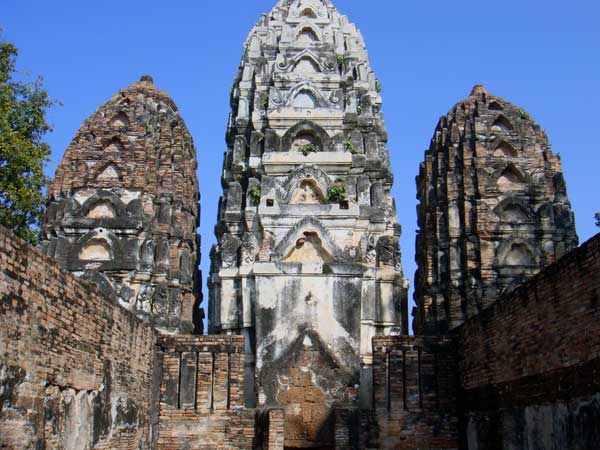 Pibul Songgram and Pridi Phanomyang led the coup and were responsible for much of the modernization of Thailand. They had both been educated in Europe and used their education to impose democratic ideals throughout the country.
By 1934 the first democratic elections were held allowing the people of Siam to take control of their fate for the first time in their history. In was shortly thereafter, in 1938 when the country officially changed its name from Siam to Thailand, thus completing the transformation of monarchial Siam to democratic Thailand.

Pibul Songgram became the Premiere of Thailand in the late 1930s and had his mind on expanding the territorial influence of the country as soon as he took power.

He had his chance when France fell to Germany at the beginning of World War II and used this opportunity to attempt to reclaim portions of Cambodia and Laos from their Gaulic colonial masters. 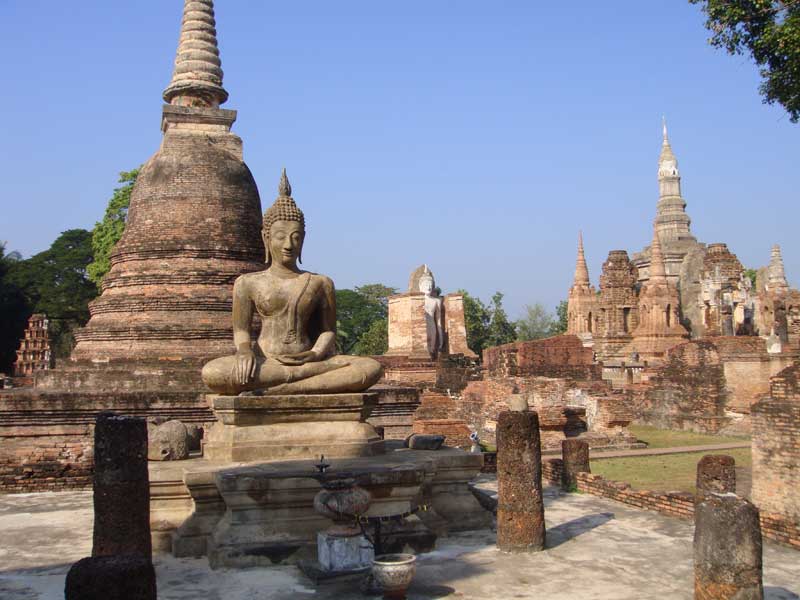 By 1942 Japan had enough influence over Bangkok that it was able to pressure Thailand to declare war on both the United States and Britain.

America quickly came to the aid of the people of Thailand and helped build one of the strongest anti-Japanese underground movements in the region. This alliance was also not without repercussions.

In return for their help during the Japanese occupation, Bangkok was pressured to return the territories Japan had helped them acquire back to British and French control.

Pridi Phanomyang became the first premier after the end of the war and one of his first moves was to briefly jail his old friend Pibul Songgram as a war criminal. In order to demonstrate to the world his rejection of the policies that lead to the Japanese control of Thailand, Pridi also changed the name of the country back to “Siam.”

The new premiere was not without problems of his own. His post-war government soon became plagued by rumors of entrenched corruption and inflation was rampant. The people became dissatisfied with his rule and Pibul was able to organize an overthrow of his government in 1947.

Pridi was forced to flee the country and moved to China where by the mid 1950s he became the leader of the Communist “Free Thai” movement.

Pibul quickly renamed the country Thailand and set himself up as an absolute military dictator. By this point the country needed hard currency and was concerned that it was vulnerable to its neighbor, China. 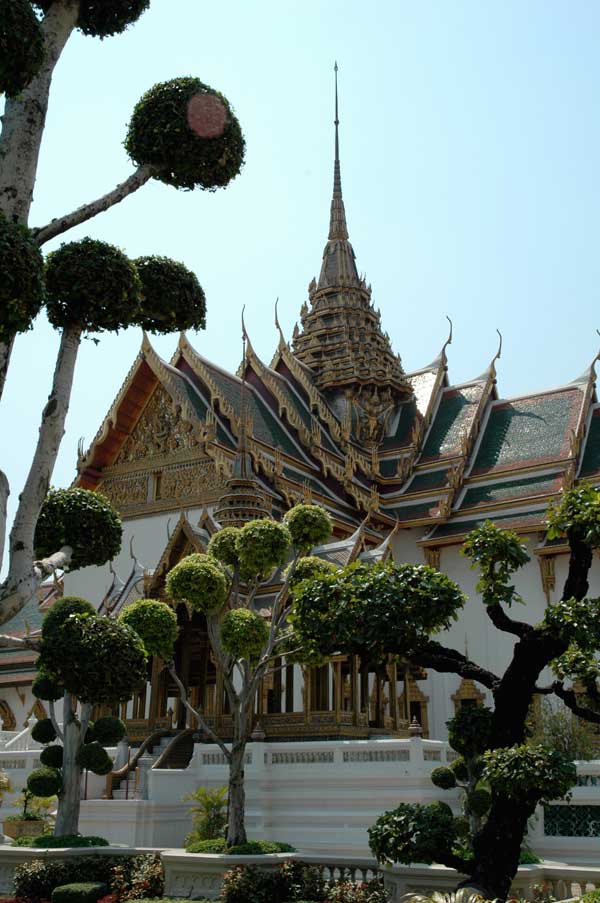 In order to solve both of these problems, Pibul normalized relations with the United States. In return for massive amounts of military aid, Pibul sent advisors and troops to help America during the Korean War. In return Thailand was named the seat of the Southeast Asia Treaty Organization from 1954 to 1977.
This entrenched a strong pro-western stance in Thailand, which helped protect the country against the specter of Chinese communism.

Pibul managed to stay in charge of the nation until 1957 when Field Marshal Sarit Thanarat staged a military coup and took the reins of power. Sarit was terrified that the Chinese would extend their influence into the region and in 1958 imposed martial law over the region and suspended the constitution. The country would not see constitutional law again until 1968.

Sarit remained premier until his death in 1963 when Gen. Thanom Kittikachorn took power. Despite the suspension of civil liberties the Thai economy boomed under the control of Sarit and Kittikachorn because of strong exports and even stronger financial aid from the United States – which was delighted to have a strong anti-communist government in the region.

In the 1960s Thailand saw its opportunity to strengthen its ties with the United States as America started sending its first series of advisors to Vietnam to fight the communist aspirations of the Vietcong.

The government committed thousands of troops to fight alongside American soldiers in Southeast Asia. Bases for United States troops and airfields where the states could launch air strikes against North Vietnam were quickly built and supported.

More American money soon flooded the economy and Bangkok became increasingly dependant on US financial aid to keep its booming economy afloat.
In 1967 Thailand became one of the founders of the Association of Southeast Asian Nations.

Soon the crash had to come. By the 1970s the price of rice – a key export product – began to drop in response to modern farming techniques. Tin and rubber prices also crashed, leaving a huge hole in the Thailand economy.
Even more ominous for the Thais, the Vietnam War was spreading to its neighbors, Cambodia and Laos. During the early 1970s there were actual communist insurgencies inside Thailand itself.

Malaysian Communists and Thai Malay separatists staged an ongoing insurgency that last into the 1980s. This growing economic and security pressure was to be the death of the constitutional government. In 1971, Thanom Kittikachorn and three military aides staged a coup, suspended the constitution and restored absolute military rule. Parliament was abolished and the economy began to improve as American soldiers began to be transferred from bases in Vietnam to Thailand barracks bringing with them American dollars.

Democracy continued to rule in Thailand until 1976 when the military once again seized power and ruled without a constitution until the early 1990s.

Civil authority was resumed in 1992 and in 1995 a new constitutional law was adopted that lowered the voting age to 18, guaranteed equal rights for women, and lowered the influence of the military in the government.

Thailand remained a democratic society but the economy went into a tailspin during the 1997 Asian Economic Crisis. Bangkok needed to be bailed out the International Monetary Fund. Still for the first time in recent history economic and political crisis did not result in military rule.

Despite the effects of the deadly Tsunami in 2005 Thailand remains a peaceful pleasant tourist destination to this day.