Hat Yai is one of Thailand’s southernmost cities, located in the province of Songkhla. It is only 30 km from the Malaysian border. The city began as primarily a railroad hub between Thailand and Malaysia. Hat Yai is one of the lesser known tourist spots in Thailand and is attractive to those who wish to ‘get away from it all,’ but still have the features of a city available. 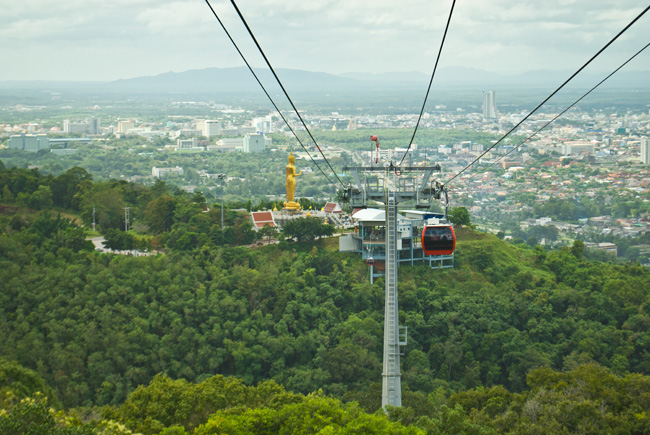 The city is becoming increasingly popular among gays. There are at least 3 gay bars now and a gay sauna called GL Sauna as well. Admission is 250 baht and includes a drink.

The gay bars are within easy walking distance of each other, the most popular being the G-Men bar.

Hat Yai was a small village until the coming of the railroad in 1922 and has slowly, but surely increased in size ever since. The population is now about 160,000. The official name of the city is Ma Hat Yai. Ma Hat is the Thai word for a fruit tree relative of the popular Jackfruit. Yai means large or big.

Getting to Hat Yai is no problem. There are buses, airline service, and obviously railroad service. Within Hat Yai there are plenty of mini buses, tuk-tuks, and motorcycle taxis.

Accommodations are relatively in expensive in Hat Yai as it is not a beach town or resort city. Food in Hat Yai is mostly Thai, but some of the shopping malls have restaurants that feature ‘farang food’ and there are a few ‘farang food’ restaurants. It is best to book a room via a travel agent. You will almost always get a better rate from a travel agent than booking directly through a hotel in Hat Yai.

Night life in Hat Yai includes a surprising number of bars for a small city, several of which include live music. A popular place to go is Oceana, and entertainment complex just outside of Hat Yai. There you will find a very nice open air restaurant and bar that covers two floors and is in a beautifully romantic landscaped setting, open until about 2:00am. There is a disco nearby and it seems to remain open until about 4:00am. 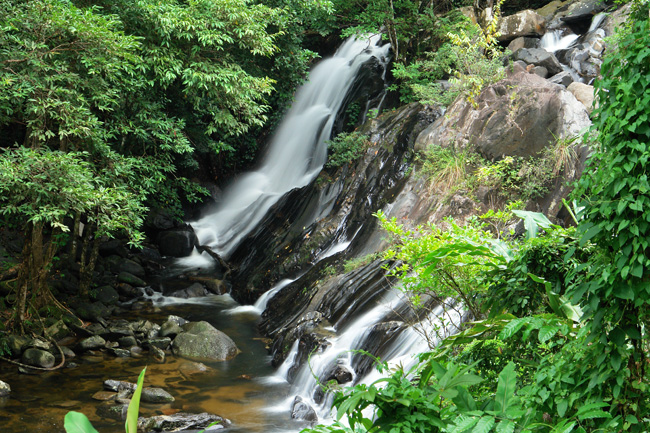 The Lee Garden Plaza features fast food restaurants including McDonald’s, KFC, and Sizzler. There is also a modern multiplex cinema at Lee Garden.

There is not very much in the way of sightseeing in the Hat Yai vicinity, but the three most popular attractions are:

Hat Yai Municipal Park – This park is quite popular among the Thais and includes an abundance of flowering plants and a very good aviary.

Ton Nga Chang Waterfall – Considered by many to be one of the most beautiful waterfalls in Thailand. It is a 7-tiered waterfall, the most popular being the third level, known as the “Elephant Tusk” waterfall. Here the falls separate into two streams, resembling elephant tusks. You can easily hire transportation to and from the park for about 400 baht.

Many farang doing visa runs go to Hat Yai due to its close proximity to the Malaysian border. The run takes you to Dannok. From there you simply cross over the border on foot, take care of your visa renewal, and return, although there are plenty of motorcycle taxis to take you, if you wish, 20 baht each way. Mini vans are available to take you back to Hat Yai for about 60 baht, but they do not depart until they are full. The trip takes approximately 90 minutes.